Since that time, we have been specializing in consulting and cultural localization of productions. We also provide services including: screenplay development /”script doctoring” editing, script translations and subtitle translations.

Analysis is completed and submitted to festivals 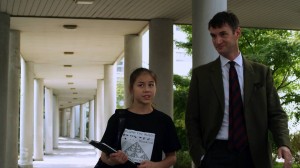 Analysis / Tina的方程式 – Tina is a 13-year-old maths genius in an isolated world where solid and definite answers given by computer analysis are more comforting and secure than the ambiguity of human relations. This mathematical savant fills her world with imaginary visions rich with mathematical fantasies.

However, her aspiration gets questioned by an unlikely mentor, Mr Richardson. This science teacher shares her genius but challenges her to connect with the human world. When Tina’s family life is threatened, she must make a choice between retreating deeper into isolation or solving her ‘human equation’. Read more