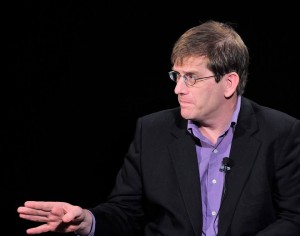 Richard Trombly is a storyteller with 25+ years of experience. He is an author, screenwriter and film maker.

After attaining a B.A. From the University of Massachusetts with a degree in literature with concentrations in film and theater, he pursued a career in journalism. As a reporter for publications including major news outlets as well as national level magazines, he learned to interpret people’s stories. He further developed his craft as a news editor to make the telling more factual, concise and powerful as well as assuring that there are enough details and depth to create a full and compelling story. In 2003, he moved to Shanghai, China to explore and report first-hand on the amazing developments transforming Asia.

Trombly started working in the entertainment industry in 2005. He started with community-based film productions as well as co-founding Shanghai’s East West Theatre. Since that time, he has produced several stage productions and has been involved in more than 30 short films and several feature films of various budget levels. He was the associate producer of two feature films and produced The Ghosts of Old Shanghai. Trombly wrote several screenplays and has been an editor, script doctor or ghost writer on several feature films.
Trombly co-founded Obscure Productions films to assist in international co-productions and support the local film community as well as to produce and direct his own screenplays. He has directed several short films, two of which have been selected in international film festivals and his current animation/live action project ANALYSIS is in post-production at Crashdown Studio. http://www.crashdownstudio.com/