China’s censorship drives co-production Chinese films to Southeast Asia. Due to China’s restrictive SARFT censorship policies and obstruction rather than support of the film industry, many foreign producers have tried to make international co-productions with China and then finally withdrew the project. After facing delays and potential costs created from the delays and potential censorship from SARFT regulators, The Weinstein Company moved the $50 Million production of the John Cusack film SHANGHAI and shot it in Bangkok. 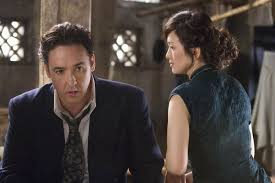 ” I am trying to solve a mystery in Shanghai, right? So what are we doing in Bangkok?”

Now the epic mini-series MARCO POLO being shot for NETFLIX by none other than the Weinstein Company decided to shoot in Malaysia where the censorship would not be an issues and there are tax incentives to bring the production. https://movies.yahoo.com/news/malaysia-turns-studios-rebate-incentive-scheme-214519516.html