Jude Jiang is a partner at www.obscure-productions.com and Producer of our short film “Analysis”. Here is her insight on why she produced this film with director Richard Trombly. 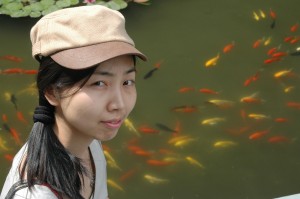 “I was thinking about the target audience of ANALYSIS.

But ANALYSIS doesn’t attempt to present or show that to people. Instead, it wants to explore something hard to be understood but necessary to be told. Because it seriously touches the topic of  how human is naturally anti-social and also related to the social. It’s definitely not something light.

I think what’s really special about ANALYSIS is that it did it through a teenager’s perspective. An Asperger syndrome person’s POV. Which is more intensely exploring this theme of being socialized or not.

A lot of times, i have the awareness that when i get hurt, i want to hide in my little shell, but there will always appear an attractive reason for me to get out of the shell.  And the circulation actually goes on. It never stops.

Being socialized or not ? and how to be the self by not hurting the others?

This is a question. ” – Jude Jiang

Pierre DeCelles and Richard Trombly will be collaborating with Crashdown Studio to provide content creation and development of animated TV series and films for international markets.

Richard Trombly is an American Journalist – turned film maker living in China since 2003. He has made several short films and worked on or produced feature films. http://www.imdb.me/richardtrombly  His company is Obscure Productions http://www.obscure-productions.com/ which is currently making the short film Analysis. … Continue reading →