Analysis is the story of Tina, a socially awkward 13-year-old math genius who uses her expertise as armor against the harsh realities of the world. This brilliant youth is facing several layers of isolation: from her family, her peers and society in general. She immerses herself into solitary academic pursuits using her genius in mathematics and her vivid imagination to protect herself against the pain of growing up as an outsider. Even if the math foundation behind Analysis is beyond you – the conflict is something everyone can relate to, since we all have been the outsider at some time. 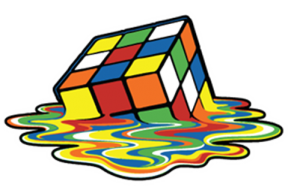 As a youth, I retreated into books as my fortress. I was especially interested in science fiction novels with the fantastic worlds they created and the way smart protagonists discovered brilliant solutions. Issac Asimov’s Foundation series was compelling to me in that it presented a future where a super computer could model the world so accurately that it could interpret the future to even a human level. This compelling idea was blown away by the development of chaos theory, the idea that you could never have enough data to predict the future because of the infinite possibilities presented by chaos (like the butterfly effect). But Stephen Wolfram discovered that when a system reaches a certain level of complexity, modeling it does not become more complex, so even an infinitely complex system can be modeled. 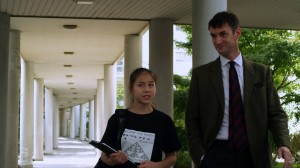 So with recent mathematical developments in group theory combined with vast advances in computing power, I saw how Asimov’s mathematics for modeling – anything from predicting the weather to human behavior – were back in play. Rather than defining every variable, it borrows the idea from group theory recognizing that even infinity has certain bounds and you can define certain infinite possibilities to a group (like all the possible infinite ways cream can dissolve into milk, it will always disperse evenly in the end.) Would unbounded computer power and the right algorithm dispel the illusion we all hold of our unique individuality?

Computers have removed the mystery from both the Rubick cube and chess since they have reduced it to its basic algorithms and shown that pattern-recognition, more than intelligence, leads to superior play. However computers added some magic to the study of biology and genetics through the work of “cellular automatons” developed first by Stephen Wolfram. Very simple instructions in very few binary switches can create incredible complex patterns, he discovered. This lead to simple modeling of very complex systems. 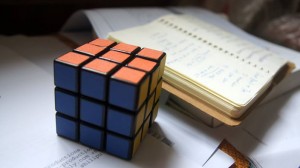 It was key that I base Analysis upon real math and tackle it in the production. I have seen many films involving math geniuses and they tend to avoid the hard science and leave the math as a “macguffin,” a mere plot device. We are told the scholar is a genius but do not really see the math. Our challenge was to bring in the math without loosing the audience. One way to do that was to have solid math explained in plain terms by a child. Another point about math geniuses on film is that they all seem to face psychological problems. This lent itself to choosing the title Analysis – since it refers to mathematics as well as psychology.

This project also references Aspergers Syndrome, a generally mild form of autism characterized by social awkwardness, not maintaining eye contact, lacking non-verbal communication skills, difficulty perceiving others feelings, obsessive interest in narrow subject areas (e.g. mathematics, computer programming), and savant-like knowledge. I grew up in the college community around Amherst, Massachusetts where Augusten Burrows (Running With Scissors) lived with his brother, John Elder Robison, who has Aspergers. I also have members of my own family who live with Aspergers and have raised a child who excels in math.

I thought about how the people living with Aspergers find difficulty piercing the veil of social interaction and relationships but this is not a tale about mental illness, in the teen years, everybody faces challenges in socialization. Could computers help them decode the mystery of communicating with and relating to their peers in the same way it can win at chess or find the fewest moves to solve the cube? What a relief it would be for any child since they face such intense social pressures. Or will it cause them to withdraw and become less social as they descend deep into their virtual worlds that may seem more rewarding than the real world?

That is the conflict Tina faces in this story. The choice of Shanghai was the ideal backdrop for this production because it is perhaps the only truly cosmopolitan city in mainland China but the international community remains isolated from the Chinese society. This theme of isolation plays out on many levels as the bulk of the story occurs in the international community with “third culture” kids and Tina has both Chinese and English heritage. Even though this production was shot in English, the lingua franca of the expatriate community, the conflict of overcoming isolation is relevant to Chinese youth who are so programmed, over-scheduled and are under so much pressure in school, that they have little chance to explore their identity or social interactions.